Is It Safe To Drink Soft Water? 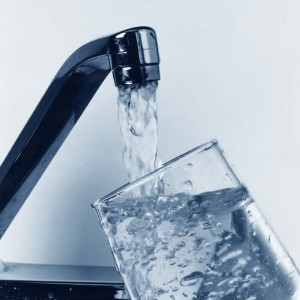 We are often asked if it is safe to drink soft water. Soft water, while not toxic, should generally not be consumed in large quantities. The process of softening the water involves an exchange of hard water minerals, which leaves sodium ions in the soften water. The harder the water (the water in Phoenix is very hard), the more sodium is exchanged, and the higher consumption of sodium associated with drinking the softened water. High sodium intake has been linked to hypertension, high blood pressure, and other health issues. The alternative to sodium softening is potassium, however the cost of this process can be four five times that of a sodium based process.

Our recommended alternative for a home with soft water is the installation of a Reverse Osmosis system, which is designed to give the purest drinking water possible right at the kitchen sink. Some configurations even interface with the water dispensers and ice makers that are built into many refrigerators. This water is the same quality as bottled water, is readily available and relatively inexpensive. Give us a call about the Hellenbrand Millennium drinking system, and we can get you started for less than $1 per day!