The History of Plumbing 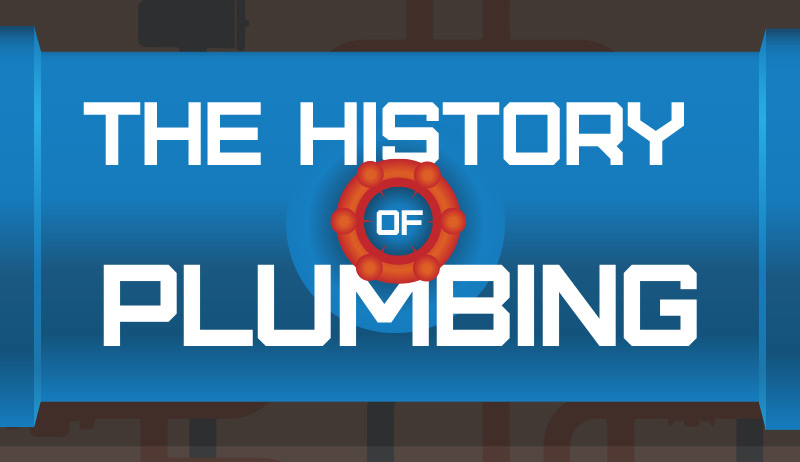 Typically, people don’t think about plumbing services until they need to. As long as the toilet is not plugged up, the water heater is heating to our liking and there are no leaks in the water supply, plumbing is mostly taken for granted.

But plumbing was not always what it was today. In fact, it has a long history dating back to ancient civilizations, with many milestones and innovations along the way. In this infographic, Allen Plumbing Company takes a look at the history of plumbing and learn how much it has progressed over the years.

The History of Plumbing

Typically, people don’t think about their plumbing systems until something goes wrong, and it’s certainly something that we take advantage of in our everyday lives. It is a wonderful invention that we’re sure everyone would be sad to lose.

But plumbing was not always what it is today. In fact, it has a rather long history dating back to ancient civilizations, with many milestones and innovations along the way.

From Ancient Civilizations to Now

Pipes in the Pyramids – who knew?
Water was used in a variety of rituals in Egyptian culture, and the Egyptians had become adept at “drainage construction” during this time. They used copper pipes for bathrooms inside the pyramids.

Plumbing made decadent
As one of the pioneers in plumbing, Rome announced that they had created an estimated 220 miles of aqueducts, water channels, and pipes. By 4th century A.D., Rome used their advancements to supply 11 public baths, 856 private baths, and 1,352 private fountains and cisterns.

A real crappy era
This time was named the “dark ages of plumbing and hygiene” due to the lack of sanitation and rising disease.

Methane goes underground
After health officials in New York had received numerous complaints about the smell of open sewers, the first underground sewer was installed.

The commoner flush
Englishman, Alexander Cummings patents the flushing toilet as we know it today.

Going into the closet
The Tremont Hotel of Boston is the first hotel to have indoor plumbing. The hotel included 8 “water closets” built by Isiah Rogers. People began using soap during bathing for obvious hygienic reasons.

Code of johner
England passed The National Public Health Act and led the path to improved public health. Most of the world began adopting the code.

Sewer rat gets a home
Chicago installed the first comprehensive sewer system in the US. However, during this time, residents still had to use public bathing facilities, which cost five cents for audits and three cents for children.

Tanks get tanked
Laws were put into place requiring many areas of the country to install plumbing systems with a minimum number of fixtures. Toilet designs evolved from the elevated water tank into the modern toilet which has a tank and a bowl.

And flushing for all
All buildings and facilities were required to be accessible to the physically handicapped. This included bathroom facilities.

The Future of Plumbing

Plumbing as we know it hasn’t finished evolving. In fact, there is a whole industry dedicated to finding ways to make plumbing better, easier, and less expensive.

Future plumbing technology might include self-cleaning toilets and hands-free toilets. Wouldn’t be nice to live in that world?

Here are some interesting plumbing facts: